Dutch horticulture Mission to the Kingdom of Saudi-Arabia 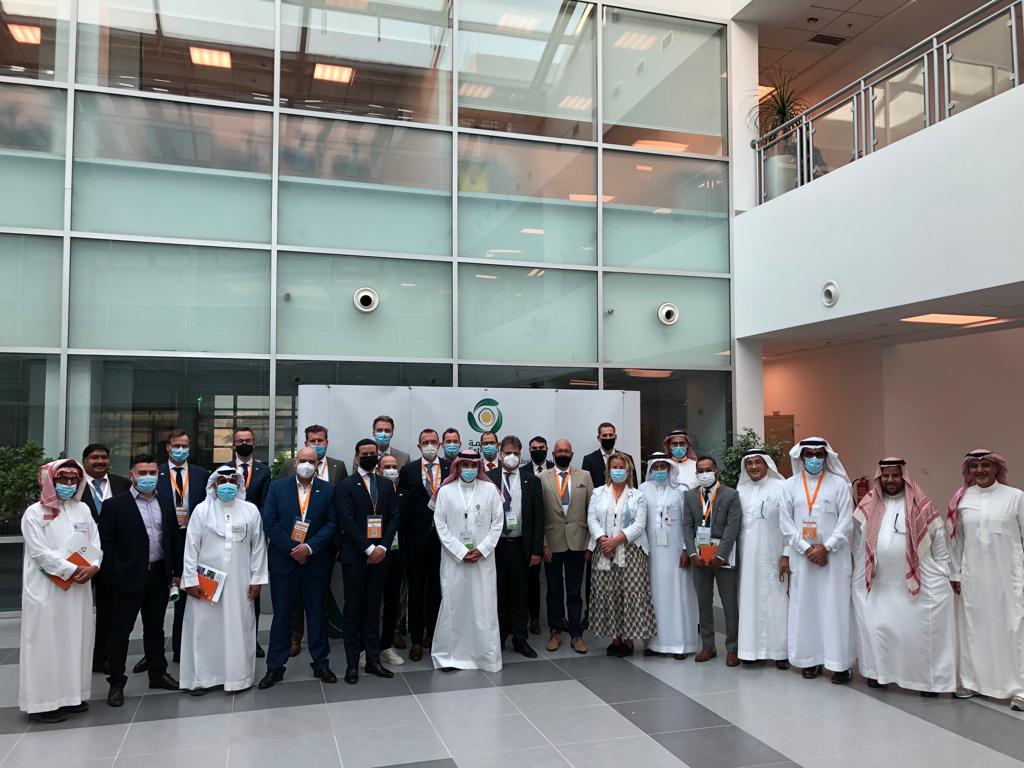 Challenges in the Gulf

This trade mission is the first physical trade mission within the PIB (Partners for International Business) program: HortiRoad2TheGulf; The Dutch Approach to the Globe’s Rising Demand for Self-Sufficiency in Food Security’. Within this public-private partnership, a series of activities and programs are organized to powerfully position Dutch horticulture in the Gulf region, under the leadership of Dutch Greenhouse Delta and InnovationQuarter. The demand for self-sufficiency and production of healthy, fresh food has been high on the agenda for years of several countries within the Gulf region, including Saudi Arabia. Currently, much of the food required to feed the population is still imported from abroad, resulting in a considerable food loss because of long transportation chains. It makes countries in the Gulf vulnerable to fluctuations in the availability of food supplies on the world market, which is strongly impacted by geopolitics, logistics and climate change. The challenges in the Gulf region are mainly related to different climate zones, where the sustainable management of resources such as water is a major desire of the local government (‘Dutch Sustainable Greenhouse for the Gulf Region’ (Research of WUR/TNO on behalf of RVO). The PIB ‘HortiRoad2TheGulf’ can offer a solution by means of a flexible, innovative and sustainable total concept, which also includes technology and sustainable total concept, in which technology, guidance and knowledge sharing are also central.

Saudi Arabia is among the largest group of food producers and consumers in the region. The country is currently undergoing a changing consumption pattern towards more fresh, healthy fruits and vegetables, due to awareness among consumers, rising demand for healthy products and a new policy to the health care system.
Crown Prince Mohammed bin Salman al Saud (MBS) is embarking on a major reform program for Saudi Arabia, Saudi Vision 2030 to diversify the economy away from oil production and give the private sector a boost. Within the AgriFood sector, this is reflected in water policy, among other things. There are problems with sufficient water supply and the targets are set to reduce water use in this industry by 30-50%. The Saudi Government is looking for land and water saving technologies that have the potential to help produce enough food for less water. Promotion of traditional crops, hydroponics and greenhouse farming, seawater harvesting, bio-salinity and rainwater harvesting are among those technologies.

For Saudi Arabia the food Security is of primary concern. Securing food supplies to protect itself from political pressure, externally and internally, led the Saudi Government, decades ago, to start perusing strategies to build strong partnership with foreign suppliers and to increase local production. The Ministry of Environment Water and Agriculture (MEWA) developed national programs to achieve the Vision’s objectives for the protection of national resources and secure food security for the population (Source: Foodex Saudi), and has announced that it is looking for partners from the private sector to develop advanced farming technologies. The Dutch offer all the high-tech solutions and knowledge needed for efficient, sustainable and safe food production. The Dutch high technology is based on sustainable energy and water consumption, good logistics infrastructure, responsible cultivation and the latest innovations in areas such as AI and digitalization.

Program of the trade mission

An interesting public and private program has been put together for this trade mission, which started with a workshop, organised by the Ministry of Environment, Water & Agriculture & Estidamah Research Center, followed by a horticultural networking reception. The mission will later visit several food production and greenhouse projects. The knowledge2Knowledge part is covered with a visit to the King Saud University, known for its expertise in vegetables and dates cultivation; with a strong interest in autonomous growing and pest management.