Damion Schwarzkachel and Edwin Vanlaerhoven from Certhon feel the possibilities for making the population eat healthier and turning the world into just that little bit more of a beautiful place with the help of modern greenhouse horticulture are literally endless. Also in markets outside of the current growth regions, like the Gulf region and South East Asia. 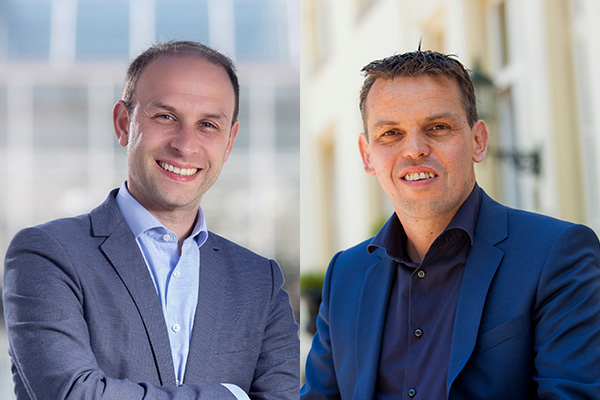 “We have solutions for food issues in many different countries as a Dutch horticultural cluster. Dutch Greenhouse Delta can promote this message there too and subsequently pave the way.”

Certhon is a complete greenhouse horticulture supplier. The company has been designing and building top quality horticultural projects, both turnkey glass greenhouses and indoor farms, for more than 125 years. Their ‘house of specialists’ is located in Poeldijk. “We have all disciplines under one roof at Certhon: water, climate technology, electricity, greenhouse construction and even an agronomy department”, Edwin Vanlaerhoven tells us, the company’s business developer and commercial strategist. “As a company, we have grown from being a long-standing greenhouse builder into a system integrator for growth solutions. We approach every customer question integrally: what are the conditions like at the location, what does the customer want to grow, how much cultivation experience is available on site? We will subsequently come up with a business case together and start working on a tailor-made solution. We will also help the customer with exploitation after completion, we will provide any cultivation support required and will recruit growers for the transfer of cultivation knowledge. Our customers simply have to be successful; that will most definitely benefit us too.”

Certhon has been working together with the Japanese company DENSO since April 2020, a major player in the high-tech production of car parts. DENSO acquired an interest in Certhon in order to enter the horticultural market. Vanlaerhoven: “Some of the areas DENSO is particularly strong in include robotics, data and process management, plus the company has also identified opportunities in greenhouse horticulture. Things like robotisation and autonomous cultivation systems. We are now working on the development of a tomato harvesting robot together, a prototype of which is being tested at a cultivation company in the Netherlands.” 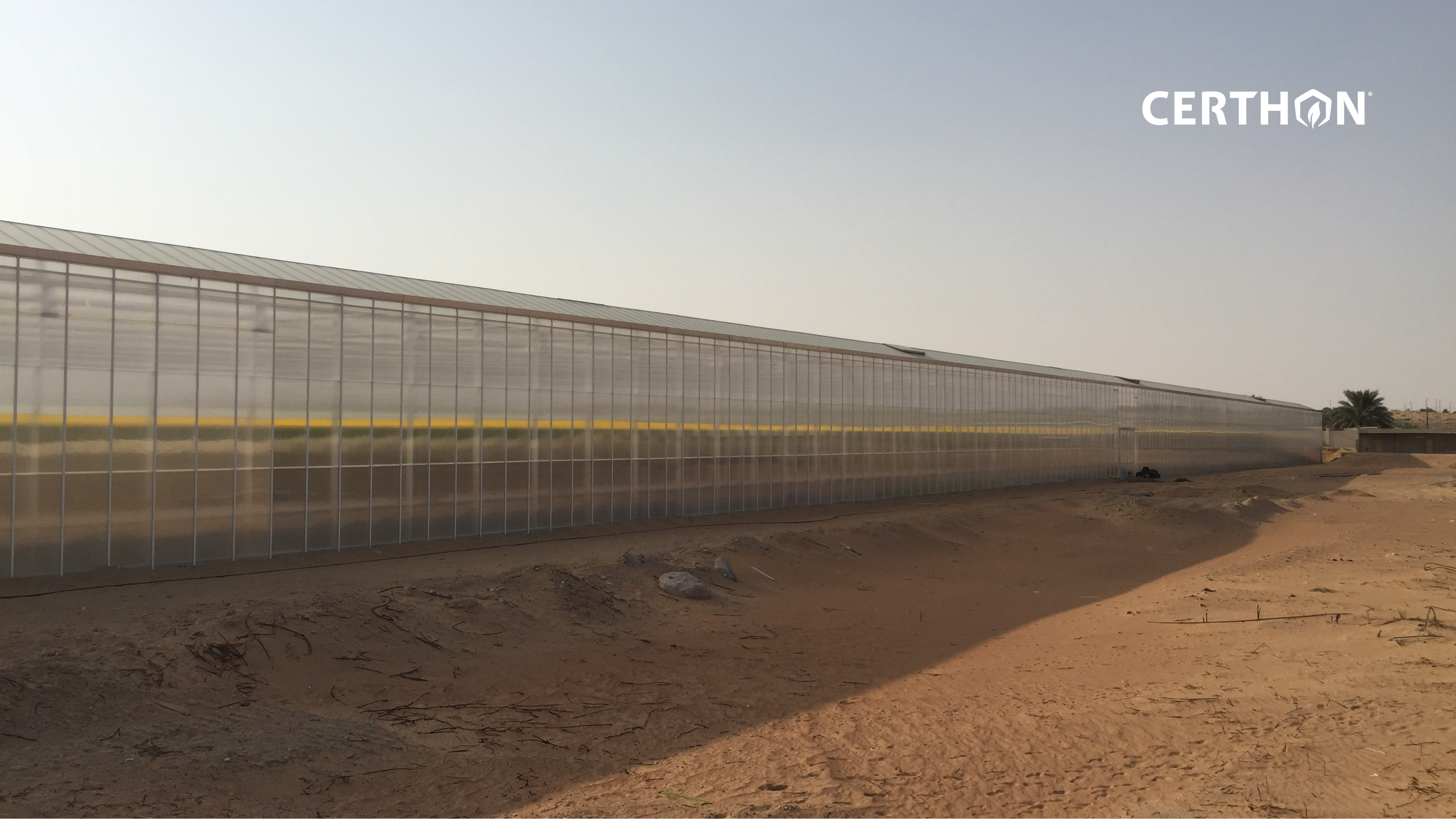 Certhon is currently mainly focussing on economically well-developed countries with a high population density, which have expressed a need for locally grown food which is both safe and sustainable. The Gulf region is one of these areas. Damion Schwarzkachel is a Sales Manager active in the Middle East and North Africa. “There’s a huge amount of interest in using innovative techniques to realise better food production in the Gulf region. And they have the financial means to do so here too. But the surrounding countries certainly also have potential for these types of investments. This includes countries like Egypt and Sudan.”

The Sales Manager explains his vision, as these countries may not instantly be obvious ones when people think about high-tech horticultural projects: “It goes without saying countries which are less well-off and which have less stability are also home to people who need to eat. Many countries have certain problems right across the world: they have difficulties with the year-round food supply, the infrastructure and the refrigerated food chain aren’t in order, food production is hampered by climate change, etc. Certhon has the solution to these kinds of problems.”

But of course he’s well aware of the fact a greenhouse horticulture pioneer can’t just fly off to Sudan to sell a greenhouse. “However, it’s quite a different story when you ask government authorities and entrepreneurs about their problems and wishes, the risks and context within which food production must take place. It will subsequently become apparent that we can often solve these problems with our techniques.”

Schwarzkachel and Vanlaerhoven think we will need to organise more promotions and information provision about the Dutch horticultural sector’s solutions, in order to gain any kind of foothold in regions like Africa, South America and India. They see Dutch Greenhouse Delta as a platform to offer this kind of strategic support. “DGD can act as a promoter of our solutions, also in countries which aren’t quite so advanced where the development of high-tech horticultural projects is concerned. And let’s make sure they don’t just bring the required knowledge, but that they also acquire the knowledge and contacts we will need to do business over there”, Schwarzkachel states.

Vanlaerhoven adds: “It’s all about creating awareness in areas where they are currently still unfamiliar with our solutions. If governments and entrepreneurs in countries like these don’t automatically think of the Netherlands when it comes to safe and modern food production, then DGD can certainly change that.”

Even though the political situation can naturally be quite different wherever you go, the food system within countries usually has many similarities, according to the sales manager. “You’ve got a government which will draw up a policy, there are entrepreneurs with ideas, retailers who will distribute the food and consumers who demand a certain food quality. Governments generally take on a facilitating role, but you need entrepreneurs as partners to work together with and to eventually realise projects with. But it all starts with information provision about the possibilities we can offer.”

“DGD can act as a promoter of our solutions, also in countries which aren’t quite so advanced where the development of high-tech horticultural projects is concerned. And let’s make sure they don't just bring the required knowledge, but that they also acquire the knowledge and contacts we will need to do business over there” 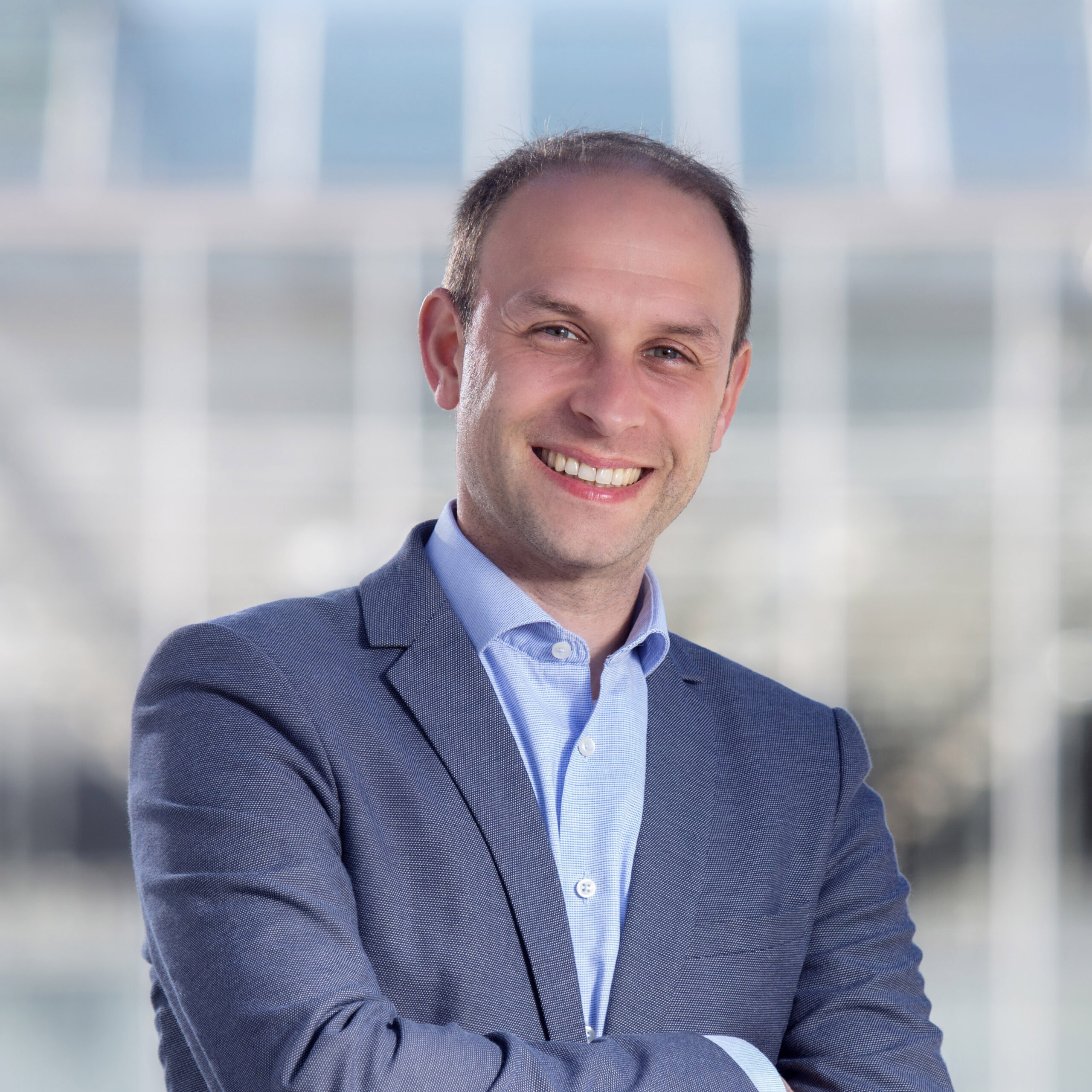 Certhon has been active in the Middle East for more than fifteen years, Schwarzkachel himself for around six years. “We needed to adopt a long-term approach in order to eventually enjoy the excellent results. The first Certhon project in the region was the realisation of Pure Harvest smart farms in the United Arab Emirates. Various different types of tomatoes are grown here at a greenhouse horticulture company in the desert all year round.”

Advanced refrigeration systems are needed to be able to grow tomatoes in this climate. “We have a huge amount of in-house knowledge about climate technology and refrigeration, some of which was acquired during projects worked on in the South of France and the United States. You will find the most extreme climate variant in the Gulf region. After completion of an extensive climate analysis, we produced a custom design for this country, to be able to cultivate in the middle of the desert.” 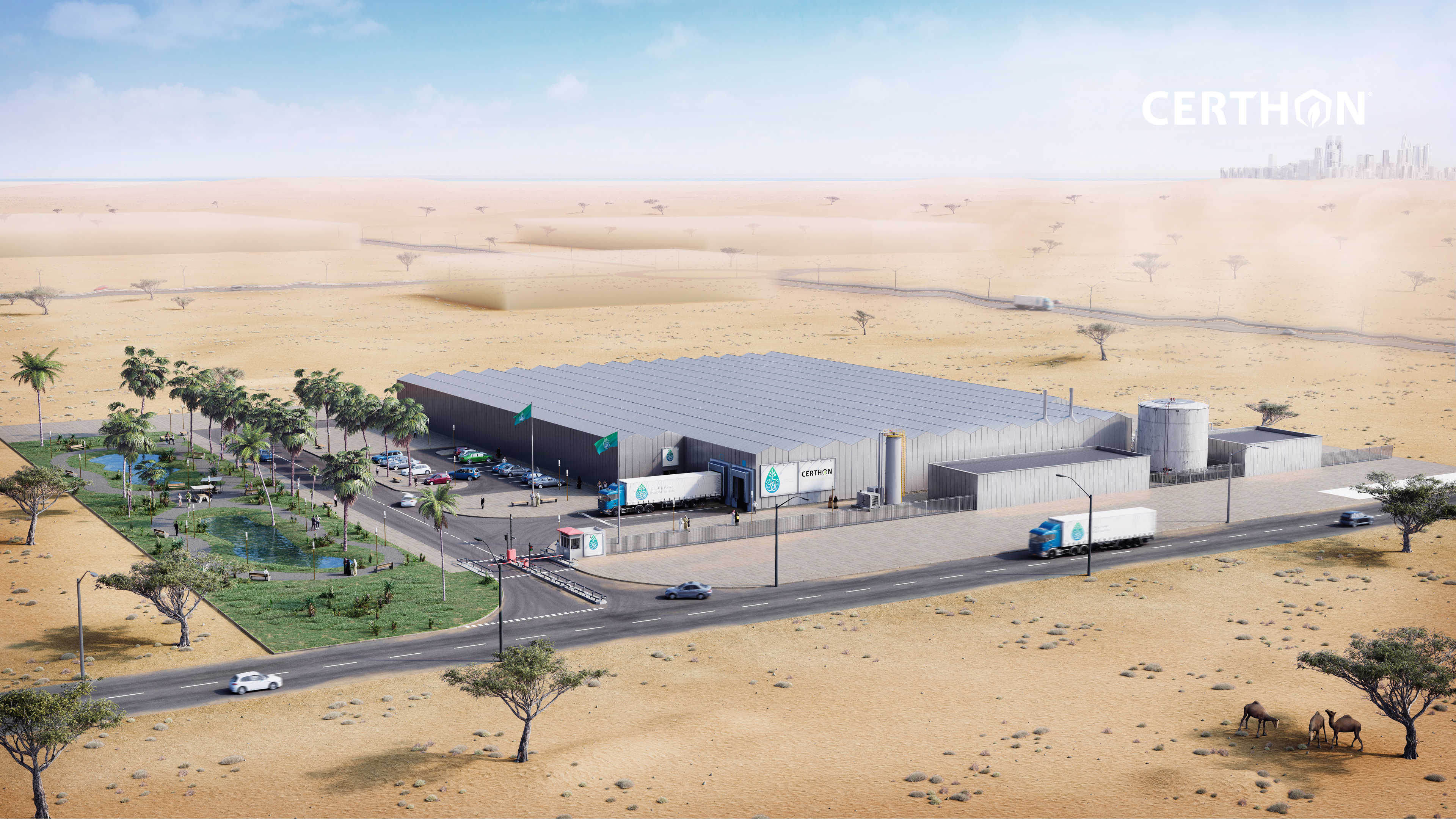 Certhon is currently building an ‘indoor farm’ in Abu Dhabi’s harbour area (United Arab Emirates). This project, which is due to be completed in mid-2022, will result in the production of 5,000 m2 of tomatoes and micro-cresses as Madar Farms. The owner is currently focussed on the cultivation of Coeur de Boeuf tomatoes. These ribbed, fleshy tomatoes are a very popular product within the regional market, but are notoriously difficult to grow. They currently need to be imported from production areas where the quality and sustainability often leave a lot to be desired. “Madar Farms will soon be able to grow tomatoes with low inputs and completely free from pesticides.

All the water is recirculated too, the CO2 is dosed very efficiently and the entire production runs on electricity”, Vanlaerhoven states. “The sea climate in the Gulf region is even more extreme than in the desert, due to the combination of heat and high humidity levels. That’s why we have opted for this indoor farming technology, which we build including LED lighting, an irrigation system and refrigeration. You can completely create your own climate within this system, totally separate from the outside world.”

The great thing about an indoor cultivation system, according to Schwarzkachel, is that you can produce in the exact same way anywhere in the world. “That’s why we were able to test the cultivation for this customer in our own Innovation Centre in Poeldijk first. This allowed us to determine which tomato variety and which cultivation approach had the best chance of success.”

Both gentlemen strongly believe in indoor farming, although they both agree on the fact that this term doesn’t really perfectly cover it, as it’s also used for ordinary greenhouses in various different countries. “It doesn’t replace greenhouse horticulture, but it certainly hasn’t been a pie in the sky anymore for quite some time either. Indoor farming is simply a different solution for food production, which is a good choice at some locations and with certain preconditions”, according to Schwarzkachel.

The availability of cheap electricity is one of these preconditions. This is guaranteed in the densely populated Abu Dhabi, but is often not the case in somewhat more remote locations. “The advantage of indoor farming is that the energy consumption is much more even all year round compared to a greenhouse, which means the energy efficiency is a great deal higher too”, he explains.

A greenhouse or indoor farm can boast the most amazing construction, but successful exploitation after its completion will always require the right cultivation knowledge. But those green fingers aren’t readily available everywhere in the world. Vanlaerhoven: “That’s why we will always provide our customers with support after completion of the project too, if so required. These will usually be entrepreneurs from other industries. Magnit, Russia’s biggest supermarket chain, is an excellent example of this. They decided to launch their own vegetable production as a result of the boycott, in order to guarantee the security of supply. We built a cucumber nursery for them. We provided them with agronomic support and recruitment of Dutch growers for two years after completion of the project, in order to make sure the local personnel acquired all the necessary cultivation knowledge.”

This is how Certhon likes to relieve its customers from a certain element of risk.

Schwarzkachel: “It goes without saying the ultimate aim will always be for the customer to be able to run the company independently. We offer this support in order to sell projects, often with external advisors too, but we do limit this to the transition period.”

His colleague adds: “There is a huge demand for cultivation knowledge right across the world. So there are plenty of opportunities for Dutch growers to internationalise by offering their knowledge at international level, or by starting a production location themselves elsewhere.

“There is a huge demand for cultivation knowledge right across the world. So there are plenty of opportunities for Dutch growers to internationalise by offering their knowledge at international level, or by starting a production location themselves elsewhere. 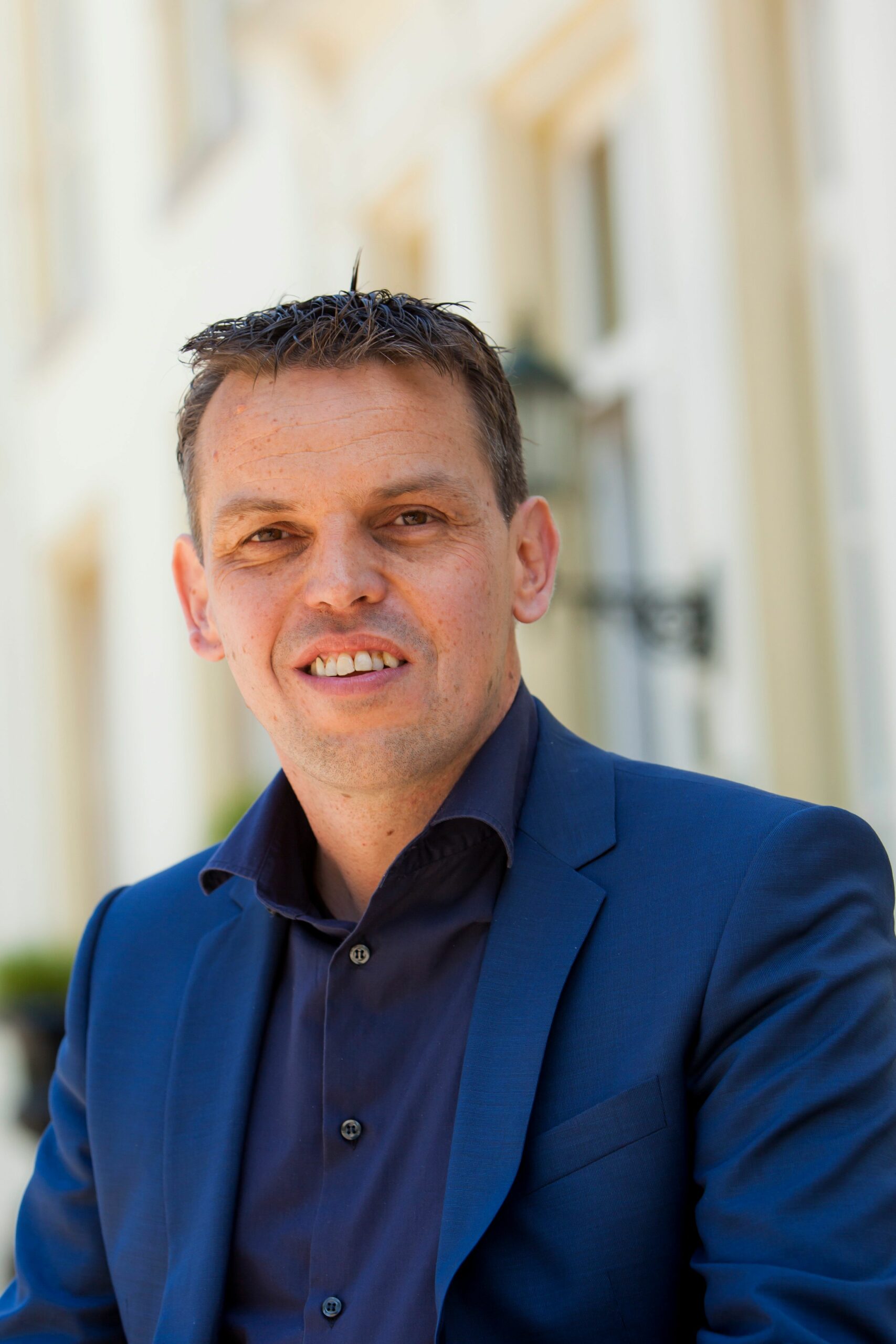