‘Big market for mid-tech in China’

In addition to the construction of high-tech greenhouses, there is also a large market in China for the ‘midtech’ segment. These are small horticultural companies that invest in, for example, a simple climate computer. “From no automation to mid-tech cultivation is a huge step forward,” says Fulco Wijdooge. As General Manager of Ridder China, he is active in market development. In doing so, he works closely with Dutch Greenhouse Delta in China. 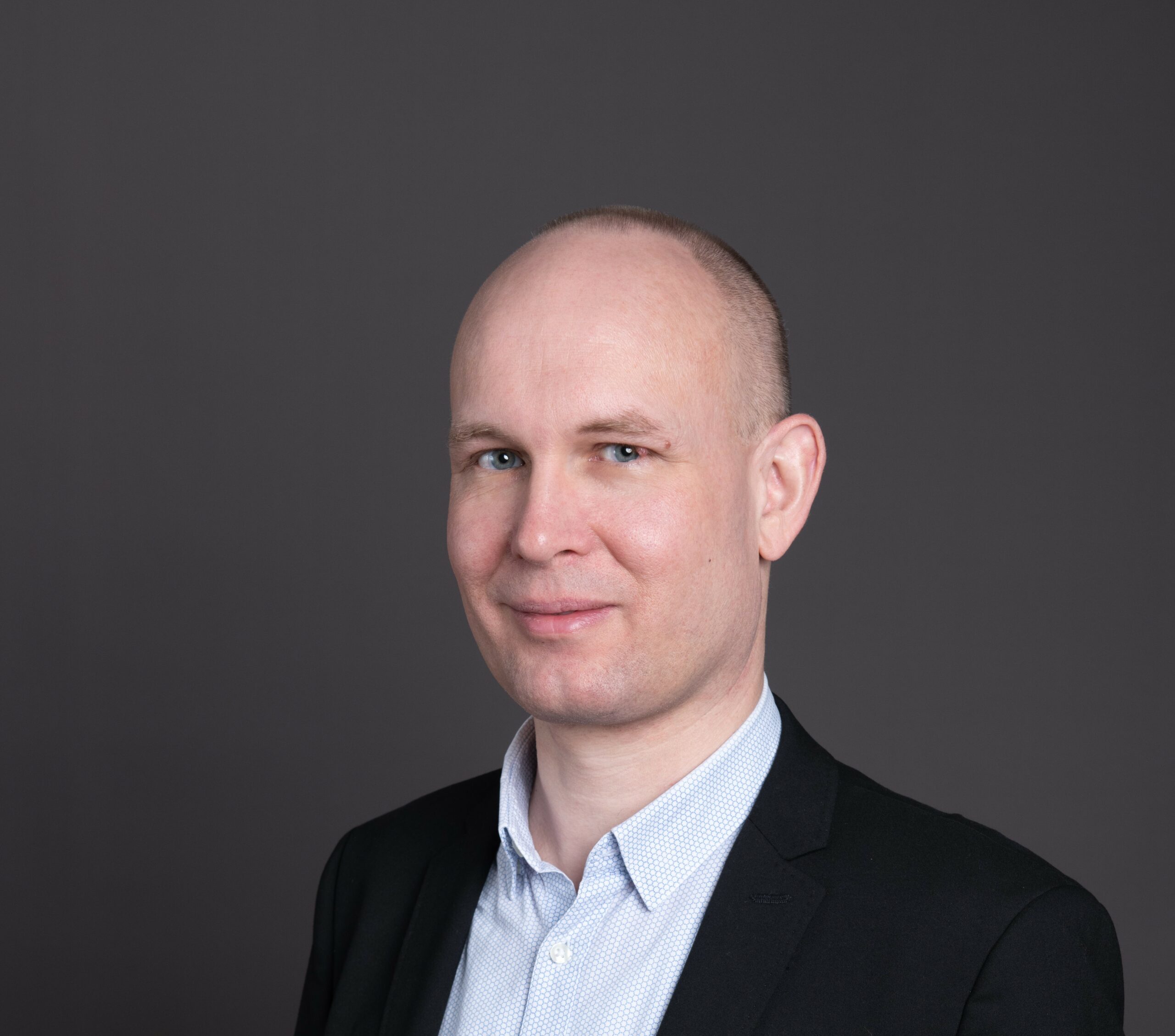 The covered cultivation of vegetables, fruits and flowers is in great swing all over China. “This varies from very large-scale high-tech greenhouses to small-scale companies, which are developing strongly technically. High-quality Venlo greenhouses are emerging, but the acreage of tunnel greenhouses for the cultivation of soft fruit, for example, is still growing rapidly,” says Fulco Wijdooge. The general manager of Ridder China in Shanghai says that the large Asian country has a strong drive to become more self-sufficient in food production. Since 2015, Wijdooge has been working at the Chinese branch of the Dutch supplier of solutions in climate technology, water technology and ICT. Ridder is one of the partners in Dutch Greenhouse Delta (DGD), and Wijdooge is indirectly involved in DGD’s activities in China.

“Initially, we were mainly involved in larger high-tech projects. However, our attention is increasingly focused on the mid-tech market, where we see a lot of growth opportunities, also for other Dutch horticultural suppliers.” With this market he refers to smaller, mostly existing family businesses of 1 to 3 hectares in size, which are taking the first steps in climate control and automation of their cultivation. “It’s about investing in the simplest climate computers and irrigation units. They are cheaper and easier to operate. These investments are feasible for such growers and can be used efficiently in their crops. Where there is not much knowledge, these are welcome tools,” he explains. 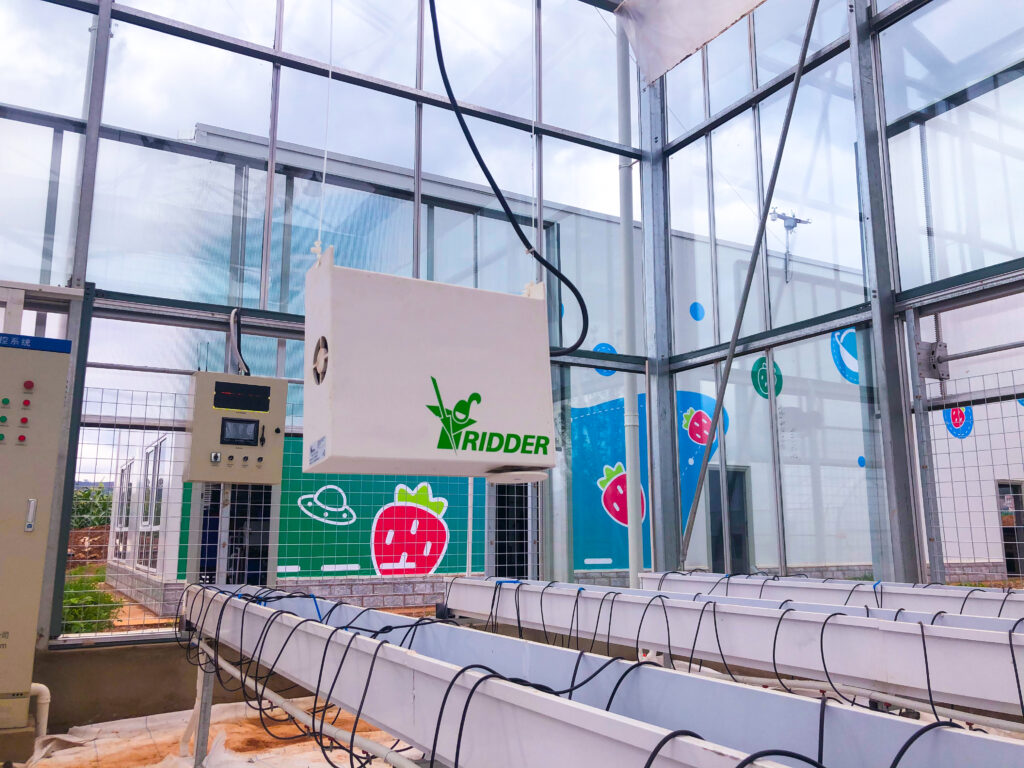 DGD has an important role in realising new horticultural projects, says Wijdooge. “DGD has attracted a local representative – Mr. Michael Min – to initiate new projects and promote the horticultural sector. This is done, for example, by organizing seminars and meetings with interested governments and companies.” According to Ridder’s manager, the added value of DGD is that the organization is seen by the Chinese side as a neutral and objective platform that represents the sector and can recommend targeted solutions. “With our own representative here in the field, that opens doors for companies and governments. For example, DGD can stimulate horticultural projects for clusters of suppliers by networking locally and exploring possibilities, of which the Jiashan Sino-Dutch Agropark is a good example. This Agropark will show how Dutch horticultural knowledge and technology offers an integral solution to grow enough fresh and healthy vegetables for the population of the Yangtze River delta.

Wijdooge has been living in China for eighteen years and previously worked there for the Dutch government and the trade association GMV on the development of projects and trade contacts in the agri- and food sector. He studied International Management and Sinology (Chinese language and culture). Due to his language skills and experience in the country, he has a clear picture of the developments of Chinese horticulture in the past two decades. Wijdooge also uses its know-how for the broader importance of Chinese horticulture and the Dutch role in it as a representative of one of the participants in the Program Partners for International Business (PIB). This programme is an initiative of the Dutch government and helps clusters of companies to jointly promote the Dutch horticultural sector and realise agroparks in China. Under the leadership of DGD (as coordinator) and the Netherlands Enterprise Agency (RVO), the Dutch greenhouse horticulture sector positions itself through PIBs as the cooperation partner for the development of sustainable horticultural projects.

“In this PIB we are as Ridder with Kubo, Svensson, Lentiz, HX Agri, KuiperCompagnons, Kenlog, Imagro, Codema and BASF seeds. Lentiz provides education and training for local staff and HX Agri is a project developer. The group associated with the PIB program is complementary and can offer a total solution. So that goes much further than building a greenhouse. For a sustainable success, it is necessary to map the entire chain and guide it from investment to sale of the end product.” The ‘backing’ of the Dutch government is very important, he knows. “Then doors open for you in China.”
The first project from this alliance is the construction of Yu County, an agropark in Hebei province. “We will start this year with 5 hectares of lettuce cultivation on water, but if the formula has proven itself, it will be much bigger.”

Wijdooge sees that the turbulent growth of the Chinese horticultural sector also encounters bottlenecks. There is a great need for people with knowledge of cultivation technology and automation, sufficient clean water and suitable soil to grow on. “A lot of land from small-scale vegetable growers with wall greenhouses is still being restructured for modern horticulture,” he says.
China now has an estimated 10,000 hectares of modern greenhouse horticulture and about 500 hectares are added annually. “But not all of this is put to good use, some of it is even empty. In the past, technology has often been looked at too one-sidedly and the exploitation has not been thought of once the greenhouse is in place. We therefore emphasize to clients that they should also set aside money for training and guidance of cultivation managers.” Ridder is therefore putting more and more energy into sourcing and training Chinese horticultural staff.

Providing training and service to customers are always important, in addition to the construction of physical cultivation systems, says Wijdooge. “Because we have been here for some years, we also manage to be this service provider.” The development of local knowledge is crucial for horticultural production to succeed in the long term, with a return on investment, he explains.
“We are also going to carry out the production of greenhouse materials and the installation of systems more and more with local people, because you can no longer handle all of that from the Netherlands. That’s why midtech is so important.” Ridder China now has sixteen employees and, in addition to a trade permit, now also has a production license. 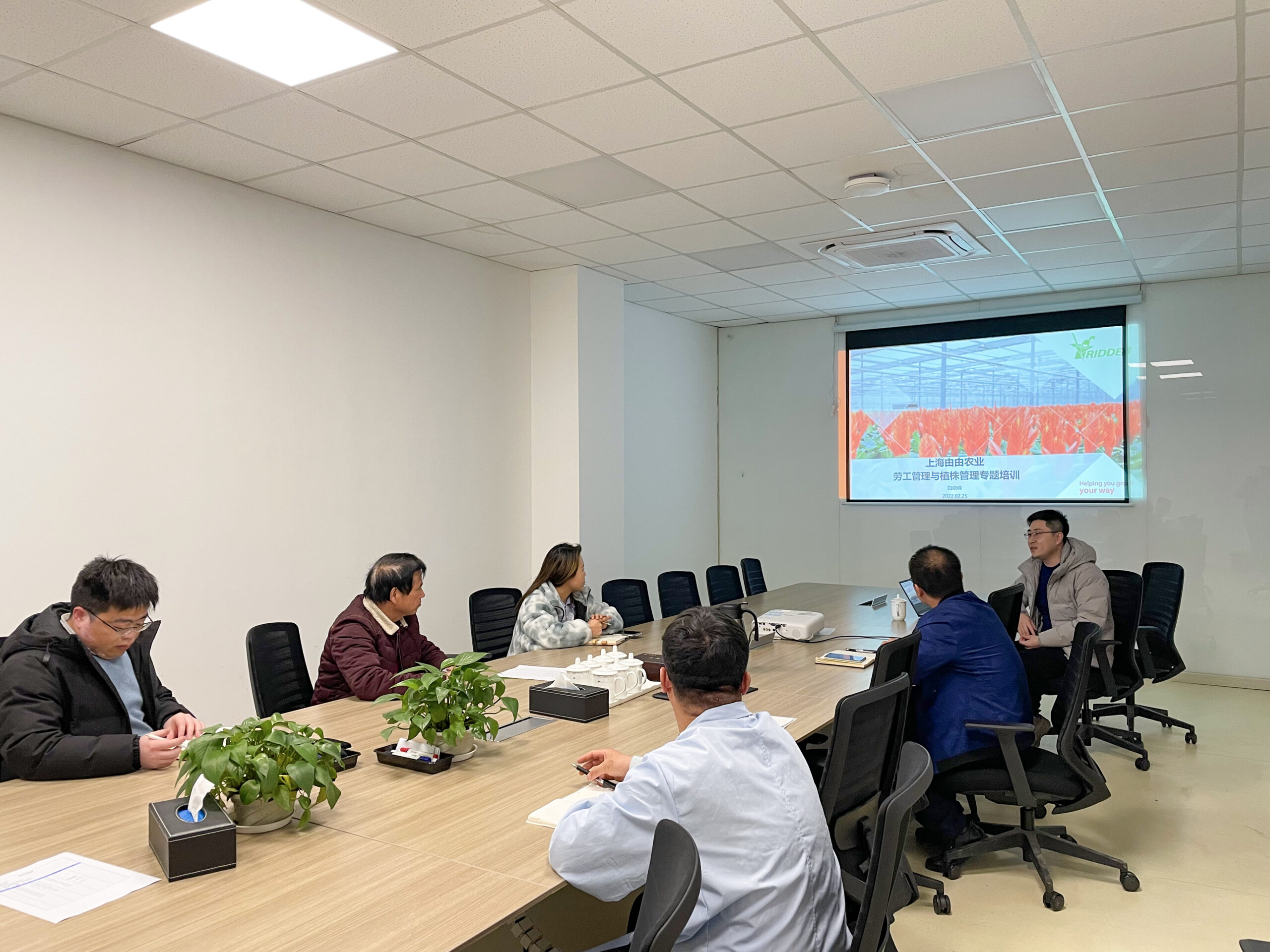 The stakes in the production of fresh horticultural products in China are so great that the government encourages all kinds of companies from other sectors to also build greenhouses. “For investors from real estate, building materials or the internet, it is attractive to invest money in a greenhouse complex. These complexes are often not limited to primary production alone. The combination of vegetables, fruit, flowers but also tropical plants and ‘leisure’ is very normal,” says Wijdooge.
“These agroparks are often close to new housing estates and have restaurants, shops, sports facilities, and educational purposes, for example. It’s just nice to stay there for a few hours. If we want to develop successful and profitable agroparks in China, a show greenhouse and leisure activities are just part of it!” 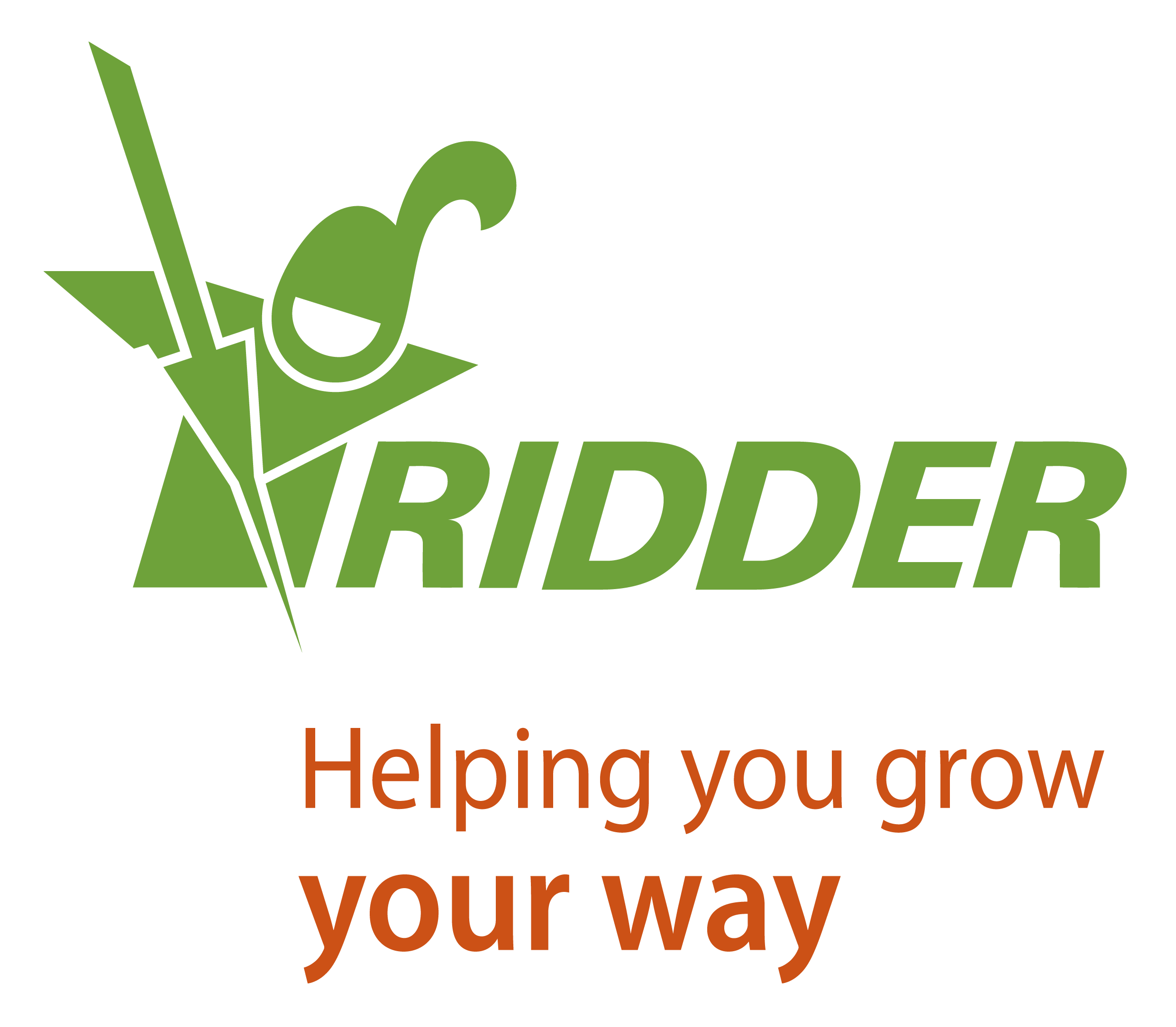